For Whom the Sun Sings by  W. A. Fulkerson is a YA Christian fantasy novel set in a post-apocalyptic world where a disease has wiped out the human race and a “cure” must be administered into the eyes of newborn before the disease kills them too. Or does it? And that’s the path that the main character Andrius must tread alone.

I can’t write too much more or I give away the whole book. However, it was very well written and I enjoyed the discovery of new things as Andrius encountered them. It’s not easy to learn the truth and tell others but he does and, in the end, that truth gives him purpose. If this isn’t an allegory for bringing the truth of  Christ to those who live in darkness, I don’t know what is. As someone who is a Christian, I can see (no pun intended) the parallels with the Bible. For anyone who is not a Christian, this will be a great story about perseverance in the face of lies.

I’d recommend this book to those who enjoy fantasy stories with a rural setting, lots of character growth, and the quietness of good triumphing over evil in the end.

I also hope there’s a sequel because there is definitely more to the story. 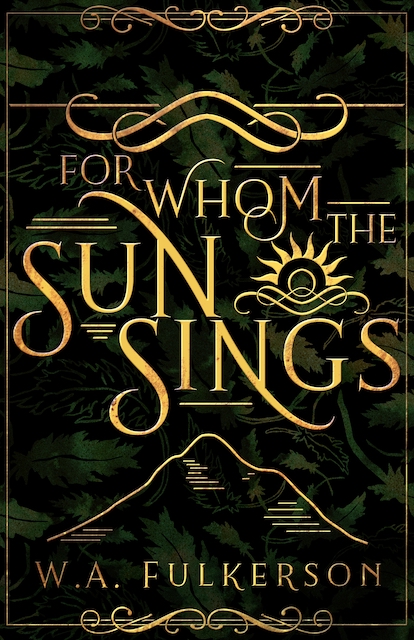 Book: For Whom The Sun Sings

The world is blind…then one boy is born with sight.

Nestled in a mountain haven, the remaining people of the world live in a village that is ordinary but strict. A severe peace must be kept severely, as they say. It’s all that keeps them from descending into the chaos that claimed the world a hundred years ago.
Led by the Prophet Valdas and his Regents, the villagers work, play, marry, and have families. They gather in ceremony once a year to celebrate their Day of Remembrance. Life is planned, precise, and predictable until the special abilities of eleven-year-old Andrius threaten to undermine it all. 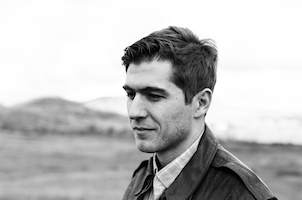 W. A. Fulkerson is the author of ten books, including Writing With Purpose: A Step-By-Step Guide to Producing Your Best Book. He works in film as a screenwriter, having written the award-winning documentary Save My Seoul with Jubilee Media. He teaches regularly at San Diego Writers, Ink in Point Loma, CA. Fulkerson is a voracious reader across genres, but J. R. R. Tolkien, C. S. Lewis, Isaac Asimov, Michael Crichton, T. H. White, Pablo Neruda, and John Donne are particular favorites. In his free time, he enjoys coaching wrestling, training in Brazilian Jiu-Jitsu, and studying languages. He lives in San Diego with his wife and son.

You know the feeling.

Your co-worker is clearly lying again and again, but your boss doesn’t see it. People in your neighborhood keep voting for the same crooked politicians, but they don’t listen when you suggest an alternative. You know you’d be the perfect couple if he/she only gave you a chance. You’ve found the secret to living a better, freer life, but no one else cares to participate.

Sometimes, it seems like the whole world has gone crazy, and you’re the only one who refuses to swallow the crazy pills. It’s an aggravating feeling, and it lies at the heart of my new novel For Whom the Sun Sings.

It’s dedicated “To everyone who has ever felt alone in knowing the truth,” but the book is not an allegory. It doesn’t hint at political points or try to convince you of anything. It’s a catharsis, vented by way of a story that will hopefully have you putting off your to-do list so you can finish the book. (A lot of the advance readers have read it in just one day, which makes me feel good, as the author.)
The main character, Andrius, is the ultimate expression of that frustrated feeling of something being so clear to you, but you lack the ability to explain to, cajole, or convince anyone. Writing it felt like healing, for that reason, and I hope it’s refreshing to you as well.

For Him and My Family, April 2

To celebrate his tour, W.A. is giving away the grand prize of an autographed copy of the book!!

👨🏼‍🚀 What was the last awesome science

Calling all indie book lovers and indie authors! I

🤔 Could I let go of these? In a perfect world,

📝I was concentrating on figuring out the storyl

🎉I am pleased to reveal the cover of The Lost D

🔎 The mystery of this cover will be revealed to

🎉 Let the fanfare begin! I can finally show you