I like Chinese pens. The price is right and most, not all, are decent writers for that price. The Hero 3018 caught my eye because the eBay title said “flex” and “gold nib.” It also came in under $5 USD with free shipping. Those claims plus the price made me a bit incredulous. My instinct was correct but with a decent surprise.

I received two pens, one black and the other gold. They are both very pretty fountain pens to look at. 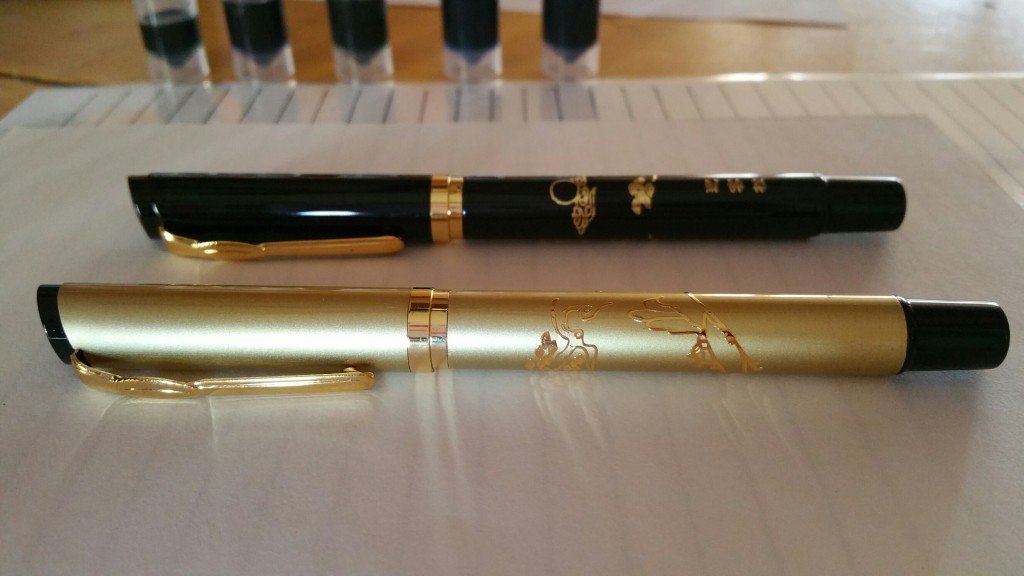 The black has gold trim on the cap and barrel. The clip is gold colored too. The barrel has some Chinese characters and a tree, again in gold. The name Hero 3018 is on the section above the nib. The nib is gold colored with some scrollwork and the word Hero above the breather hole. The feed has no fins, instead it is one solid piece. Not sure if that is a design flaw or not.

Fairly good heft to both without being too heavy. I can see using it for long writing sessions. I inked up the black one with Private Reserve Avacado recently received in the Goulet Ink Drop and got to work. 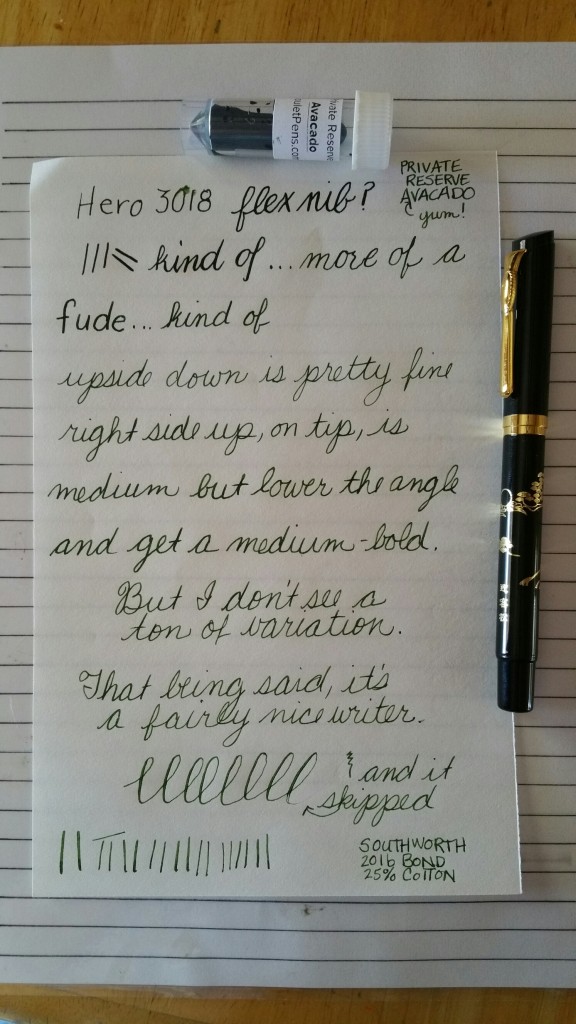 It wrote pretty well on the 25% cotton paper I used. I did try to flex it and it gave some but I don’t see doing that often. I might consider it semi-flex but it’s a tough call. What it does have, though, is a fude nib.

A fude nib is slightly bent so you can change the thickness if the line by changing the angle of the pen. Ed Jelley has a great video on the variable line widths and how to get them on his blog. I couldn’t get as much variation as Ed but that might be just me and the uniqueness of the nib. 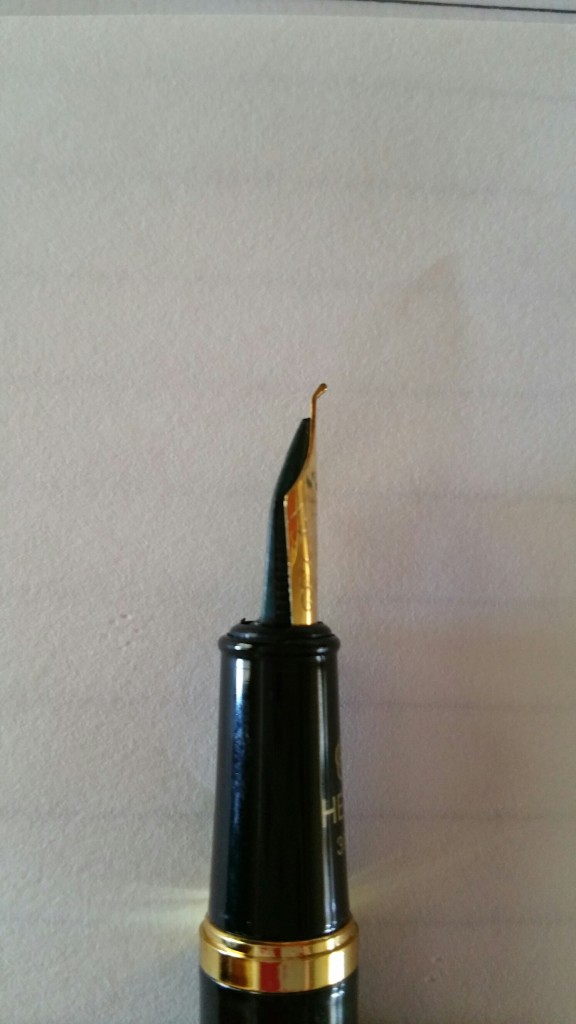 The clip is pretty stiff but as I don’t clip things to a shirt, that doesn’t bother me. The cap is tight and snaps on with an audible click. I had to use some muscle to yank the cap off, which might be annoying later on.

The end of the pen is slightly thinner than the barrel. This gives the cap a nice area to rest on. However, it makes the pen slightly top heavy when posted. While the black pen end cap is, well, black, the gold pen has a black end cap as well. 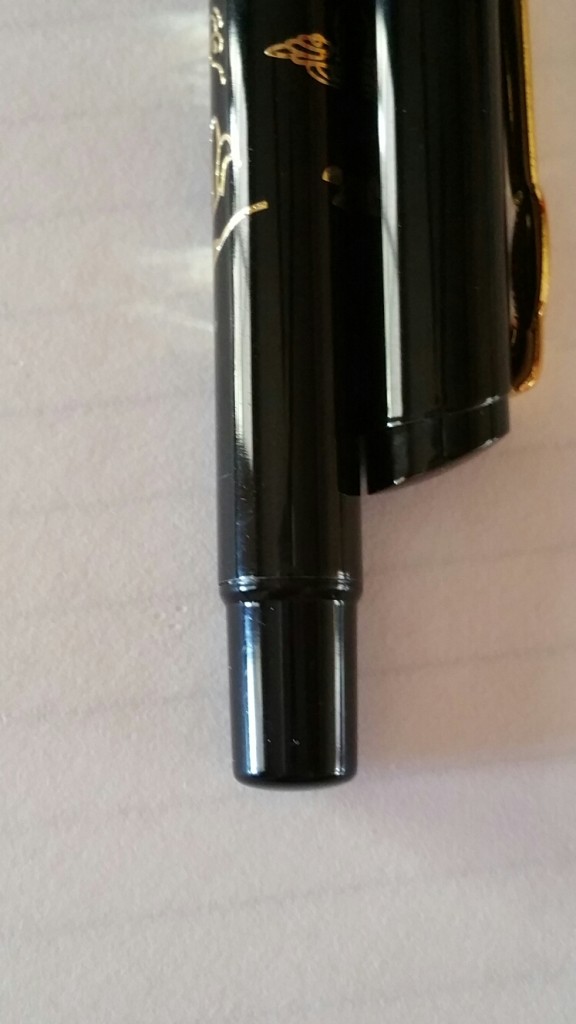 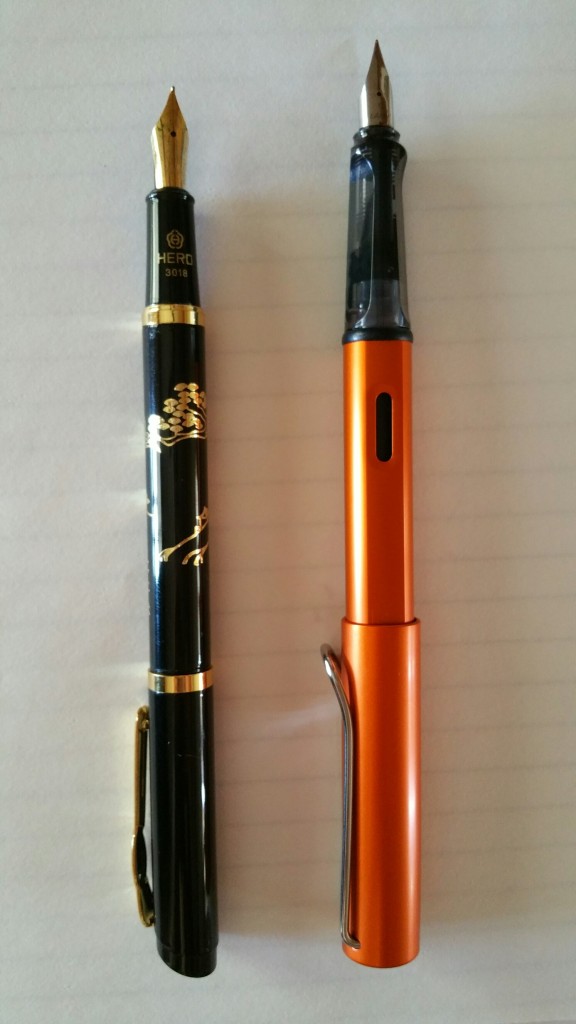 All in all, I like these pens. They feel good in the hand, write well (if you don’t expect a lot of line variation), and are pretty to look at. I think my money was well spent!