I thought  Practically Married by Karin Beery was a clever twist on a contemporary romance story.

Ashley is alone in the world, except for her elderly aunt and uncle. She wants a family and her solution is a unique one. But it doesn’t quite turn out as she’d hoped! Russ is surrounded by family and yet feels alone. He’s running a farm so hasn’t had time to find a wife and that gnaws at him. Their solution to the problem is fraught with problems but, in the end, true love wins out.

I truly appreciated the subtle Christian influence in Practically Married. It wasn’t “in your face” but anyone would be able to determine that this book was full of old-fashioned values. Christians would know them for their own values. I enjoyed this book and would recommend it to anyone who likes contemporary romance. 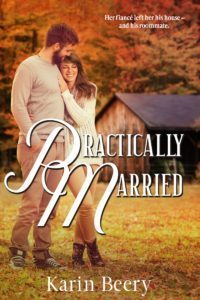 She moved to a new town to marry her fiancé. Instead, she’s burying him.

Ashley Johnson moved to northern Michigan to finally meet her fiancé face-to-face, but she arrived in time to attend his funeral. With no home back in Ohio, she decides to stay in what would have been their house, except his cousin Russ lives there too, and Russ has never heard of Ashley. To complicate matters, her fiancé accidentally willed her the family farmhouse. Eager to please everyone and desperate to disappoint no one, she proposes a marriage of convenience that could solve her and Russ’ problems, if they can get past her aunt, his sisters, and an ex-girlfriend. 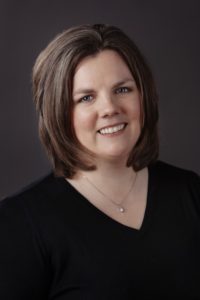 Karin Beery grew up in a rural Michigan town where she wrote her first novel in high school. Today, she writes contemporary stories with a healthy dose of romance. When she’s not writing fiction, she’s reading, editing, or teaching it. In her free time, she enjoys being at home with her husband and fur babies watching University of Michigan football and action-adventure movies.

Why would two contemporary Americans agree to a marriage of convenience?

That’s what I asked myself when I sat down to write Practically Married. I love reading historical books about mail order brides and other arranged marriages, but I wanted to see if I could make that historical theme more modern (and still be believable).

That’s how Ashley and Russ came to be, and—after several revisions—I think I did it! It takes two to get married, but this is really Ashley’s story—it’s her past that inspires her future, and it’s up to her to decide where that inspiration with lead her.

The story couldn’t just be about their relationship, though. I’ve always thought it would be fun to have a big brother, so I gave Russ little sisters. And nieces and nephews. And a pie-baking mom who doesn’t like his beard (which may have been inspired my mother-in-law, who tried desperately to get my husband to shave his beard before our wedding). I also threw in some real buildings and places in northern Michigan (even though Boyne Falls is fictional). And it’s possible that some of my character names came directly from friends and other local inspirations. Practically Married isn’t only set in northern Michigan, it’s inspired by it.

Among the Reads, October 22

Reflections From My Bookshelves, October 23

For Him and My Family, October 26

Adventures of a Travelers Wife, October 27

Through the Fire Blogs, October 30

A Good Book and Cup of Tea, November 2 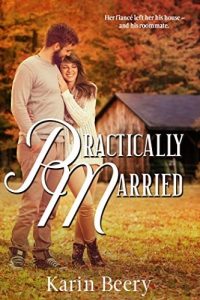 To celebrate her tour, Karin is giving away the grand prize of a copy of her book!!

🐾Atticus the Bengal is waiting not so patiently

❓How far would you go to avenge the murder of yo