Blood Sisters by Jim O’Shea is a suspense thriller in which a surviving twin is caught up in the search for a serial killer. One specifically stalking women who look just like her.

I admit I nearly put this book down as I began reading it. Not because the book was poorly written or boring but because it cut too close to home. I do have an identical twin sister and the thought of losing her sends me into a panic. Reading about someone else’s loss nearly did that too. However, as the book began to focus less on the twin-loss and more on mental health, family secrets, and a serial killer, it was less overwhelming and I began to enjoy it more.

Mr. O’Shea acknowledges mental health issues, specifically bipolar disorder, which is a struggle not only for the person afflicted but for the loved ones surrounding them too. It was handled well and made much of the story come together in the form of clues and misdirection.

Speaking of misdirection, there were several red herrings, which I enjoyed picking apart. I thought I knew who the killer was about halfway through the book but that was turned on its head in the final reveal. It was clever and I enjoy a good twist in a story.

I had a harder time believing the mutual interest between Libby, the main character, and Hunter, the detective. It didn’t feel as developed as the other relationships that Libby had with her parents and best friend. It’s a bit of a trope, really, for the detective and main suspect falling for each other. I wouldn’t have minded so much had the relationship aspect been more apparent.

Finally, I’m struggling with the final confrontation of the killer and how they are apprehended. There was little resolution or closure to the story arc between the killer and the main character. It just abruptly ended and felt anticlimactic.

It’s still a good book, despite the closure of the arc, because leading up to the final reveal was so well done. I’d definitely recommend this book to anyone who enjoys a good psychological thriller with all its twists and turns.

Libby Meeker is seeing things.
The young Salt Lake City architect is experiencing visions of her twin sister, despite the fact that Melissa died mysteriously almost one year ago.

If that’s not bad enough, a serial killer surfaces in northern Utah and a series of bizarre clues lead Detective Troy Hunter to Libby…and unspeakable possibilities that begin to shatter her fragile world. 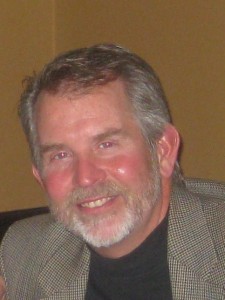 Author of two highly-rated thrillers (The Linen God and The Reluctant Disciple), Jim O’Shea spends his time crafting novels of suspense that frequently tackle the dynamic between faith and science. Jim believes God continues to reveal his creation masterpiece through scientific discovery, and that Christian fiction is a great tool to expose those emerging truths.

His third novel, “Blood Sisters”, takes a more traditional approach to mystery thrillers with a mind-bending whodunit in the tradition of Agatha Christie, Harlan Coben, and Michael Connelly. His fourth novel, “I, Witness”, will return to his faith/science roots and feature a compelling blend of espionage, leading-edge science, and salvation.

I had a dream years ago about identical twin brothers horsing around on a bridge over a rushing river. One tragically fell in and his body was never recovered, but years later the surviving twin began seeing his late brother outside his bedroom window, in the shadows of the church next to his home, and in passing cars and busses.

That dream eventually became the basis for my latest Christian mystery/thriller. In “Blood Sisters”, Libby Mitchell is not only seeing her deceased twin sister all around her small Utah town but also dealing with the frightening reality of a serial killer targeting young women with red hair. When a series of bizarre clues point Homicide Detective Lee Hunter to thirty-year-old, red-haired Libby Mitchell, the mystery takes more than a few unexpected turns, providing a thrill ride the reader won’t soon forget.

For the Love of Literature, June 23

For Him and My Family, June 25 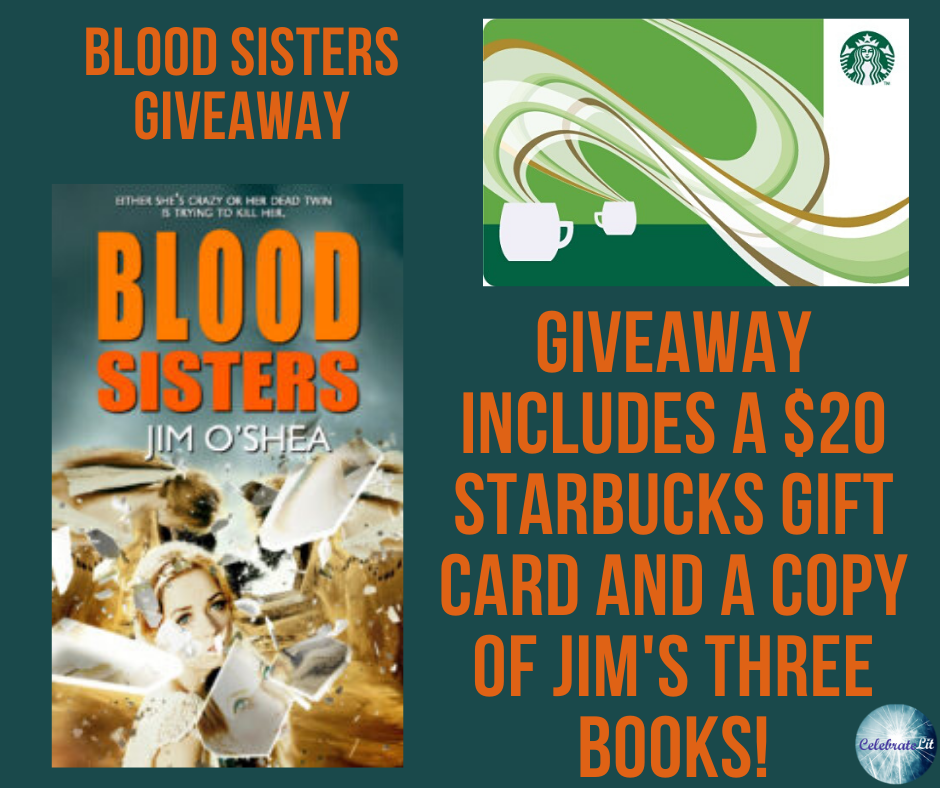 To celebrate his tour, Jim is giving away the grand prize package of a $20 Starbucks gift card and a copy of each of Jim’s three books!!