Hashtag  Rogue is a Christian fiction novel by Chautona Havig. The office tech, Flynne, sees danger and, when her boss doesn’t believe her, takes matters into her own hands despite not having any experience.

I love Flynne. She’s totes adorbs with her out-of-fashion teen-speak and multicolored hair. And you can  tell she very much  cares about the Agency and the people that work there, which is why she  goes “hashtag rogue.” I found the pacing to be fast and the action kept me turning the (digital) page.

Many of the characters are new believers and a few aren’t believers at all. I appreciate how Chautona portrays all walks of life, even those who don’t have faith in Christ. And, when Mark prays, I feel his frustration. It’s hard to pray when you don’t know how or what to pray for. It felt natural and that’s what I appreciate most, I think. That Chautona, as she states on her website, doesn’t preach but allows her characters to live it.

The only thing I can complain about (and it’s not really a complaint) is that there are references to events that happened in previous books. But this book can be read on its own without too much confusion.  It just means that I have more books to read! This was a thoroughly enjoyable read by Chautona Havig. 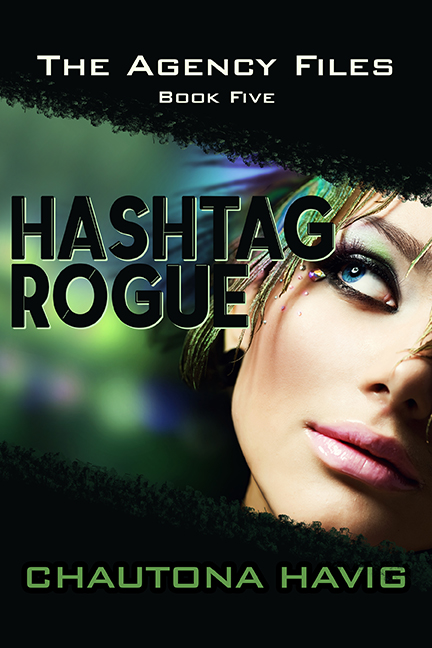 Something is terribly wrong in The Agency. Again.

Flynne Dortmann: computer specialist extraordinaire. The right arm of every agent in The Agency. And totally untrained for agent duty.

So when no one takes a threat seriously, Flynne does the only thing she can think of.

With money she has no authorization to use, a gun she’s never fired in her hip pocket, and more zip-ties than any agent should be allowed to carry, Flynne takes on protective detail for an unwilling client. #Rogue.

Mark Cho hasn’t had a chance to get used to being Marco Mendina—head of the Eastern US Agency. Not only that, every sign points to someone knowing he isn’t who he appears to be. His agency is in trouble. His agents may be in danger, and with an office girl gone rogue, deciding what problem to tackle first is a problem in itself.

Not to mention, he misses his office assistant with her emoji-speak, killer tech skills, and sharp instincts. 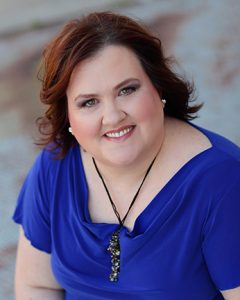 Chautona Havig lives in an oxymoron, escapes into imaginary worlds that look startlingly similar to ours and writes the stories that emerge. An irrepressible optimist, Chautona sees everything through a kaleidoscope of It’s a Wonderful Life sprinkled with fairy tales. Find her on the web and say howdy—if you can remember how to spell her name.

Erika ordered her eyes to open. They declined the offer. Once more, and with as much of a mental drill sergeant tone as she could muster, she demanded the possibility of sight.

Neither eyelid gave so much as a twitch.

Resigned, she then tried to ascertain the reason for said incorporation by the lids of her eyes. Her brain, too, had gone AWOL. White noise replaced rational thought, grit, replaced natural eye moisture, and if the sensation coming from her tongue could be trusted, she’d transformed into a cottonmouth.

Except that I can’t slither. I know I can’t.

That, Erika decided, was improvement. It just had to be rational thought. Oh, God please.

A question arose. Do I pray? The moment she asked, Erika nodded—inwardly, anyway. I do. Not sure since when… maybe that’ll come next.

Clarity formed when a voice broke through what might or might not have been consciousness. “Oh, thank whatever you’re supposed to thank—don’t want to be, like, totes offensive if I’m not supposed to say, ‘God,’ but I was afraid you had flat-lined.”

Why do I feel like that’s supposed to be “He lives?”

Bile churned in Erika’s gut. Her eyes felt like they bugged, but she wasn’t even confident she could see anymore. Then Flynne’s purple, green, and blue hair came into view. She glared, wrestling her mouth into contortions and fighting back the urge to vomit. “Please!”

Perspiration formed on Erika’s forehead, neck, and in every other uncomfortable place. Cold, clammy perspiration.

“Do you promise not to scream if I take this off?” She tapped the tape.

Erika just nodded with vehemence that nearly lost her what breakfast she’d eaten.

Again, Flynne’s eyes grew even narrower than the first time. “Okay…” Eyes wide, the girl ripped off her high-top converse and pulled a sock from her foot. “So help me, if you scream, I’m stuffing this in your mouth—supes gross.” She wriggled it for effect—just in case Erika didn’t catch the utter disgustingness of it.

Once more, Erika nodded and pleaded. You’re so going to regret threatening me with that.

If Satan wanted to recruit torturers to relieve demons, Flynne would have been perfect for the job. She worked the tiniest corner of the duct tape free. Erika choked and grimaced. She jerked her head hard to the right. Flynne stared. Once more, she jerked it.

But the moment Flynne said “rip,” Erika began bobbing her head fast enough to ensure she drowned in vomit within seconds. Flynne had mad ripping skills, however. In less than three seconds, the tape jerked free—and so did the contents of Erika’s stomach.

All over Flynne’s bare foot and Converse shoes. The moment she stopped heaving, Erika glared up at the girl and moaned, “That’s payback for this.”

The battle of the glares began. Flynne broke the silence that followed first. “If you weren’t Keith’s girlfriend and religious, I’d swear at you. Consider yourself cussed out.” Before Erika could choose between the half-dozen scathing remarks fighting for preeminence, Flynne froze. “Wait. You called me, like, every name in the book. I thought you religious people couldn’t do that!”

Without hesitation, Flynne rattled off every inappropriate word Erika had spent the last few months working to eradicate from her vocabulary. “Then you got all sesquipedalian on me.”

Flynne turned a little green herself as the stench of partially digested breakfast assaulted her olfactory system. “Sesquipedalian.” At Erika’s doubtful look, Flynne went into action. She removed her other shoe, disappeared outside, returned with clean feet and ready to do business. “For your information it’s a big word that means, ‘a big word.’”

“No offense, Flynne, but you aren’t exactly known for your erudition.”

The girl gave a fine imitation of a puppy cocking its head—a blue, green, and purple-haired puppy. “That’s not one of the word-of-the-day words I’ve had. C’mon… let’s get you cleaned up and inside.”

She peeked her head outside, scanned the area, and looked back at Erika. “No one’s in the neighborhood that I can tell, but you’d be smart not to go all screamo on me or anything that would call the cops.”

Flynne tried to be surreptitious, but Erika caught her eying a white Camry on the other side of the garage before answering, “Because I can get you out of here before they arrive, and you don’t want to be awake when I’m driving fast.”

Something deep in her gut—something other than the renewed churning that hinted she might lose what was left of the contents of her stomach—hinted that Flynne might not be exaggerating. But I’m not going to let her know that. It’d serve her right if I puked all over that car. What’d she do with hers, anyway?

After throwing a dark look at her, Flynne stalked from the garage and returned a few minutes later with a roll of duct tape slid over her arm like a grunge bracelet gone wrong. “You’re already in hot water with the Big Guy for your potty mouth, so don’t add lies. Stuff it or stick it?”

“If you tape my mouth and I vomit, you’ll be responsible for my death. Just sayin’.”

Didn’t know you had that much grit. The woozy, stomach-revolting-on-every-side feeling returned in time for Erika to make a decision. “I’m not going to scream. I don’t want to puke in a cop car, either. But if you don’t get me inside where I can be comfortably horizontal with a bowl by my side, I’m going to puke all over you and enjoy every second of it.” Her stomach rumbled. Mostly.

That perked Flynne up for reasons Erika couldn’t fathom. She hooked her tape-free arm under Erika’s and said, “Then let’s go, Kokomo!”

That’s way too old-school—like fifty years old school. A vague memory poked through the cloud cover of her mind. “I think Keith gave me vitamins or drugs to combat after-effects. I think I need those.”

Not until Flynne had her tucked up on a couch in the family room, a bright red mixing bowl on the floor beside it and a glass of water on the coffee table did Flynne bother to answer. “Sorry. I was freakazoiding when I left the Agency and just got what I thought I needed to get you safe. I’m not trained for this.”

“Then call Keith. He’ll come. He is trained, and he’ll take care of me.”

Even as she said it, Erika knew it was futile. Flynne had it in her head that this was necessary. So, she could wait. The Agency would take care of her job, her bills, and Flynne could learn that being an agent wasn’t a good career choice. Everything would be just fine for a few days—until Flynne got over herself.

The first epithet marched across the stage of her mind, stepped up to the mic and tapped it, ready to let loose. Erika groaned.

As if propelled by itself, the red bowl appeared at her lips. “I’m sorry! I don’t know what I’m doing. The stuff these guys have to do—totes amazeballs!”

“I was groaning at my language. Can you be quiet for a minute or two while I pray? It’s totes impossible to take repentance seriously when you’re puffy hearting your cray-cray amazeballs.”

I just lost fifty IQ points. I know it. Let’s start with prayers for rejuvenated little gray cells and move onto repentance after that. Okay, Lord?

Among the Reads, September 18

As He Leads is Joy, September 19

For Him and My Family, September 24

Adventures of a Traveler’s Wife, September 28 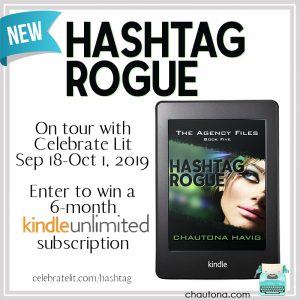 To celebrate her tour, Chautona is giving away a grand prize package of a 6-month subscription to Kindle Unlimited!!

I received a complimentary egalley of this book through Celebrate Lit. My comments are an independent and honest review. The rest of the copy of this post was provided by Celebrate Lit.